Alderman Brendan Reilly has served as a member of the Chicago City Council since 2007 when he unseated a 36-year incumbent, who was the second longest serving alderman on the City Council. Alderman Reilly represents downtown’s 42nd Ward – Chicago’s Central Business District and home to 90,000 residents and over 10,000 business licenses.  Alderman Reilly’s 42nd Ward represents nearly 60% of the city’s economic activity.

Priorities for the 42nd Ward

Alderman Reilly’s goal is to work in partnership with downtown residents, businesses and civic groups to work collaboratively to build a stronger Chicago. 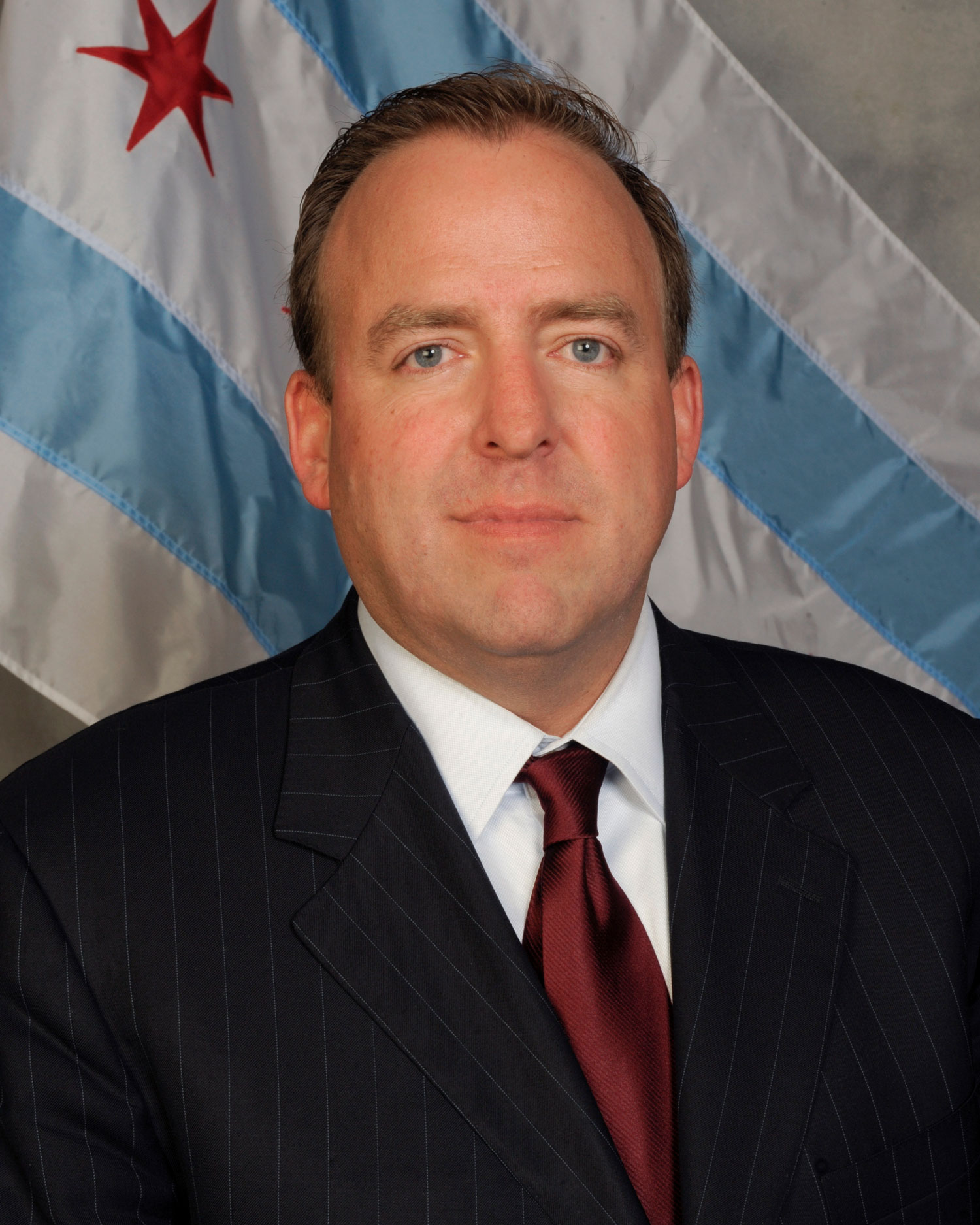 Alderman Brendan Reilly has served as a member of the Chicago City Council since 2007 when he unseated a 36-year incumbent, who was the second longest serving alderman on the City Council. Alderman Reilly represents downtown’s 42nd Ward – Chicago’s Central Business District and home to 90,000 residents and over 10,000 business licenses.  Alderman Reilly’s 42nd Ward represents nearly 60% of the city’s economic activity.

Alderman Reilly is a staunch advocate for the residents of the 42nd Ward. His fully staffed City Hall Office provides superior constituent service to 42nd Ward residents. Additionally, Alderman Reilly personally attends condominium association meetings to provide residents – in the convenience of their building – with information regarding key legislative and neighborhood issues impacting them, and to solicit input on how to better serve neighbors.

Alderman Reilly has created a robust and transparent development review process that governs local zoning decisions. The Alderman hosts community meetings with local neighborhood associations and requires developers to present their proposals to neighbors, to ensure that important development decisions are not made in a vacuum.

This process allows impacted stakeholders the opportunity to: learn about development projects that shape their neighborhood; ask questions of the Developer; and provide feedback to the Alderman about the proposals. The Alderman uses this feedback to negotiate improvements to development proposals prior to rendering a decision on a project. Alderman Reilly has negotiated (millions of dollars) worth of public benefits to be delivered to the 42nd Ward, all at the Developers’ expense.

Considered a strong voice for Chicago’s business community on the City Council, Reilly is recognized for his efforts to bring greater fiscal accountability to city government; more transparency in key decision-making processes; and a smaller, more efficient bureaucracy.

Alderman Reilly’s career in public service began in 1995 when he joined the Illinois House of Representatives’ staff in Springfield.  He worked for the Illinois House in multiple roles, eventually serving as Communications Director before leaving in 2001.

In 2002, Reilly was recruited by AT&T to serve as Midwest Vice President of Public Affairs. At age 30, Reilly was one of AT&T’s youngest executives in company history. In this role, he managed a multi-million dollar budget and staff across the Midwest Region; directed all public relations for AT&T regarding public policy, consumer services and business services; and worked closely with Illinois lawmakers and consumer advocates to make the Illinois telecommunications marketplace more competitive and affordable.

In addition to his role as Alderman, Reilly also serves as a Board Member of the Energy Foundry, a non-profit, venture capital fund that invests in (and supports) green technology and next-generation sustainability start-ups. He is also a voting Board Member of the State of Illinois Smart Grid Advisory Council, which oversees the state’s recently adopted “Smart Grid” implementation, funding and rollout.

Brendan Reilly was selected as a member of Crain’s Chicago Business “40 Under 40.”  He is also the proud recipient of the Keep Chicago Beautiful “Sustainability Vision Award;” the Chicago Loop Alliance’s “2014 Illumination Award;” and the Illinois Hotel & Lodging Association’s “2012 Ambassador Award.”

Brendan Reilly earned his bachelor’s degree from Hobart College in 1994. He is an avid Cubs and Blackhawks fan who enjoys reading, loves hockey, misses sailing and tries to travel with his wife Kristin on those rare occasions when his schedule allows.  Reilly has lived in downtown Chicago since 1997 and now lives in the River North neighborhood with his wife, Kristin, and their two dogs: Max and Katsu.

Reach out to us. We’re here to help.